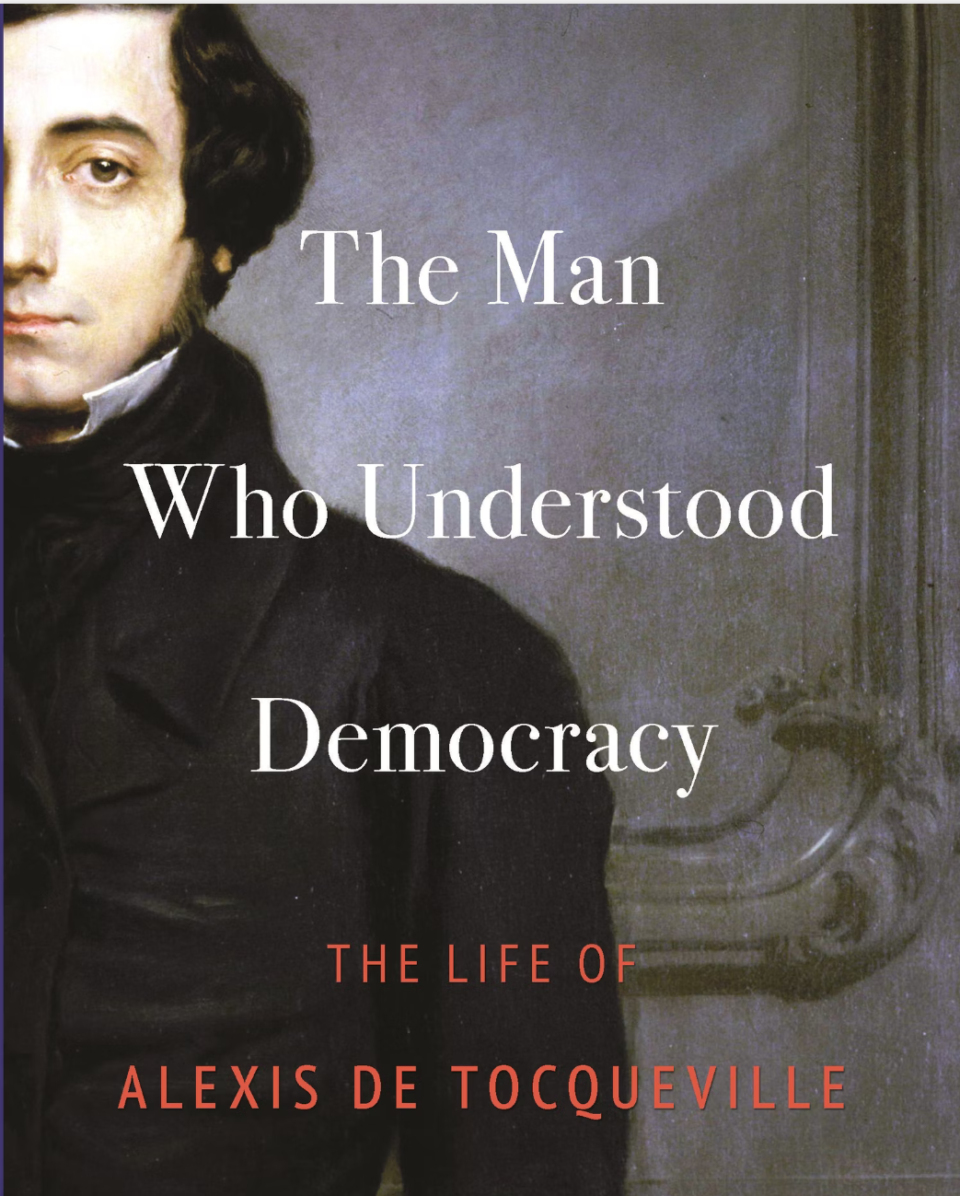 ** The past two weeks, we have published four reviews of Olivier Zunz’s new biography of Alexis de Tocqueville—two in French, two in English—followed by a response by Zunz. The entire forum is now available as a PDF.

2. “The Limits of Tocqueville’s Understanding” by Jeremy Jennings

4. “The Maimonides of Democracy” by Cheryl Welch.

Almost two centuries after his visit to the United States in the early 1830s, Alexis de Tocqueville continues to feature prominently in American political discourse. In the opinion pages of today’s small American newspapers—the same publications that Tocqueville considered crucial to public associations, representative of the equality of conditions, and thus integrally tied to democracy—you will still find Tocqueville cited as an authoritative source in support of any number of arguments. Some of his most famous quotes, such as “America is great because she is good, and if America ever ceases to be good, she will cease to be great,” were never even written by Tocqueville. And yet that hasn’t stopped presidents of both parties—from Eisenhower to Reagan to Clinton—and countless other political figures from using them. In large parts of the decentralized public sphere that Tocqueville described and vaunted, he has attained an almost sage-like status, and his statements—attested or spurious—carry real rhetorical power.

This popular enthusiasm for Tocqueville obscures at least two things. One, in Tocqueville’s nine months of observation in the United States, he did not accurately assess every significant phenomenon. The young French aristocrat got some things wrong, and others right perhaps but for the wrong reasons. Two, Tocqueville played an intriguing role in the democratic development of his own country. Of course, even if these aspects of Tocqueville escape popular awareness, scholars know them well. In recent decades, a relatively small group of academics have done an enormous amount of work to further our understanding of Alexis de Tocqueville’s life and thought. Hugh Brogan and André Jardin have contributed two well-written biographies. Countless journal articles have been published, including many at The Tocqueville Review/La revue Tocqueville. Most recently, Tocqueville’s complete works have been collected, edited and published in 32 volumes in 18 tomes over seven decades in a project that, under the supervision of Françoise Mélonio, only culminated last year.

One of the central figures in this group of scholars centered on The Tocqueville Review/La revue Tocqueville is Olivier Zunz. A French-educated emeritus professor of history at the University of Virginia, Zunz has written on Detroit’s urbanization and industrialization, the development of American corporations, the role of elites in the American century, and the history of American philanthropy. In parallel with these economic and social investigations in American history, he has also played an important role in Tocqueville studies, editing important volumes. In short, there are few scholars who are better suited to write a biography of Alexis de Tocqueville than Olivier Zunz. He is ideally placed to synthesize the burgeoning scholarship and primary source material, address the relevant French and American contexts, and speak to diverse transatlantic audiences—both French and American, scholarly and popular.

In this Tocqueville 21 book forum, four scholars review Zunz’s The Man Who Understood Democracy: The Life of Alexis de Tocqueville. In keeping with the bilingual nature of our publication, two reviews are in English and two in French. Providing a useful summary of the different stages of Tocqueville’s life that structure Zunz’s biography, Baptiste Gauthey notes that the book’s originality lies in its use of the notes and preparatory works for Tocqueville’s final publications. Jeremy Jennings, another established Tocqueville scholar, declares that “The Man Who Understood Democracy must now stand as the authoritative biography of Alexis de Tocqueville, far surpassing the achievements of earlier biographers.” Given Zunz’s observations about what Tocqueville missed or even misunderstood, Jennings wonders to what degree precisely the title is true, that Tocqueville was “the man who understood [American] democracy.” Madeleine Rouot, in turn, focuses on the complex relationship between Tocqueville the critical thinker and Tocqueville the politician. She notes that Zunz’s transatlantic trajectory has made him ideally suited to synthesize the two. She also suggests, however, that Zunz has made Tocqueville into perhaps more of an original thinker than he actually was. In a wonderfully thorough and wide-ranging final review, Cheryl Welch highlights a few main themes raised by Zunz’s biography: the genesis of the theory of associations, the relationship between religious sensibilities and democratic universalism, structural inequality in democracy, the background values of a healthy democracy, and the possibility of individual agency within a dysfunctional and corrupt political system.

Rather than reply directly to the points raised in these reviews, Zunz chooses instead to address them indirectly by charting the genesis of his biography. In tracing the contours of Tocqueville’s life, he notes that his was not a “compartmentalized life.” A synthesis of Tocqueville’s writing and life is not just useful; it is required. Zunz also observes that his engagement with the extant correspondence from Tocqueville’s close friendships forced him to add a certain moral tenor to the biography: his life was devoted to the improvement of the human condition.

Alexis de Tocqueville was a French aristocrat, an acute observer of American democracy, and an important player in French politics at a crucial juncture in its democratic development. The diversity of these experiences encourages a similar diversity of disciplinary approaches to the subjects raised by his life and work. This is all the more true given Tocqueville’s at times incorrect observations as well as the fact that his work fits poorly into modern disciplinary boundaries. As Gauthey notes, although Tocqueville is sometimes claimed as a sociologist, his work would scarcely be considered a work of sociology today. Zunz’s biography shows us that his life and work are instead suggestive—generative even. Aware of this reality, Tocqueville 21 publishes a wide variety of disciplinary and geographic perspectives, beyond the limits defined by Tocqueville himself. What unites our diverse coverage are three overlapping areas of interest: democracy, liberalism, and comparative studies of different stripes—all essential themes of Tocqueville’s life and work. If nothing else, Zunz’s biography reminds us of that unifying thread and the values that drive our investigations and our writing. For these reasons and many more, we are proud at Tocqueville 21 to host this book forum on Olivier Zunz’s new biography of our namesake.

Christopher Schaefer is a PhD student in History at the University of Cambridge and managing editor of Tocqueville 21.

2. “The Limits of Tocqueville’s Understanding” by Jeremy Jennings

4. “The Maimonides of Democracy” by Cheryl Welch.

The entire forum is also available as a PDF.