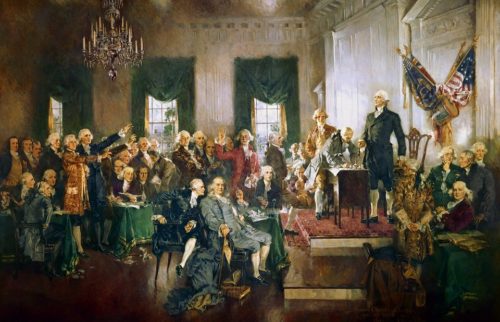 First off, an exciting conclusion to an exciting series: Samuel Moyn of Yale has been giving the Carlyle Lectures at Oxford on the theme of “The Cold War and the Canon of Liberalism”. It concluded this past week with a lecture on Lionel Trilling, after lectures featuring the thought of Judith Shklar, Isaiah Berlin, Karl Popper, Gertude Himmelfarb, and Hannah Arendt. The whole series is available here.

Teresa Bejan recently reviewed Anne Phillips’s book Unconditional Equals, using Nina Simone’s “Mississippi Goddam” to get at the account of equality Phillips attempts to develop. Bejan herself concludes, in appraising Phillips’s work, that “It seems, then, that the most urgent question for egalitarians today is how to determine which forms of unequal or differential treatment are acceptable in—or even necessary to achieve—a society of equals, and which are not. ”

Just as clarifying the principles of equality enshrined — or not — in the Declaration of Independence and the Founding figures heavily in Bejan and Phillips, so too does Allen Guelzo desire to offer a clarification about the nature of the Founding in an essay on what federalism is and is not: “American federalism, as it emerged from the Constitutional Convention, should not be mistaken for mere localism or populism. The Electoral College is not a celebration of populism, and the principal concern of American federalism is not localism.” Citing Tocqueville’s reading of the dynamic interplay of American national, state, and local institutions, he suggests that those who are concerned about abuses of power at the federal level temper their excitement and recall that “the propensity to abuse power can be found just as easily at the meetings of a local school board as in the District of Columbia.”

Also drawing from Tocqueville, this time in application to the situation in Ukraine, in Quillette Eric Graf suggests that the leaders of the Russian military may be compared with the feudal aristocracy of old Europe as Tocqueville analyzed it. “Their values are logical, but only when viewed in the context of a hyper-violent world that we seem no longer able to comprehend.”

Harvard History Professor and Renaissance scholar James Hankins offers a treatment of meritocracy and the “honor deficit” he perceives in American higher education. He points out that in Renaissance studies, the term “honor deficit” is often deployed to describe how at the time, a minor revolution occured that privileged equality over nobility: the development of a language of virtue made it possible that “You didn’t need to inherit lordly power from ancestors in order to deserve honor and office.” Hankins suggests American meritocracy as developed in our insitutions of higher education is running out of steam.

Lastly, and perhaps most fun of all, “The Godfather” finds its way back into theatres this month to celebrate the fiftieth anniversary of the classic Coppola film.  The Guardian ponders the political and cultural importance of the film, through which Coppola sought to draw attention to “invisible power” and the structures of capitalism.

Photo Credit: The signing of the US Constitution, Creative Commons use via Pixabay