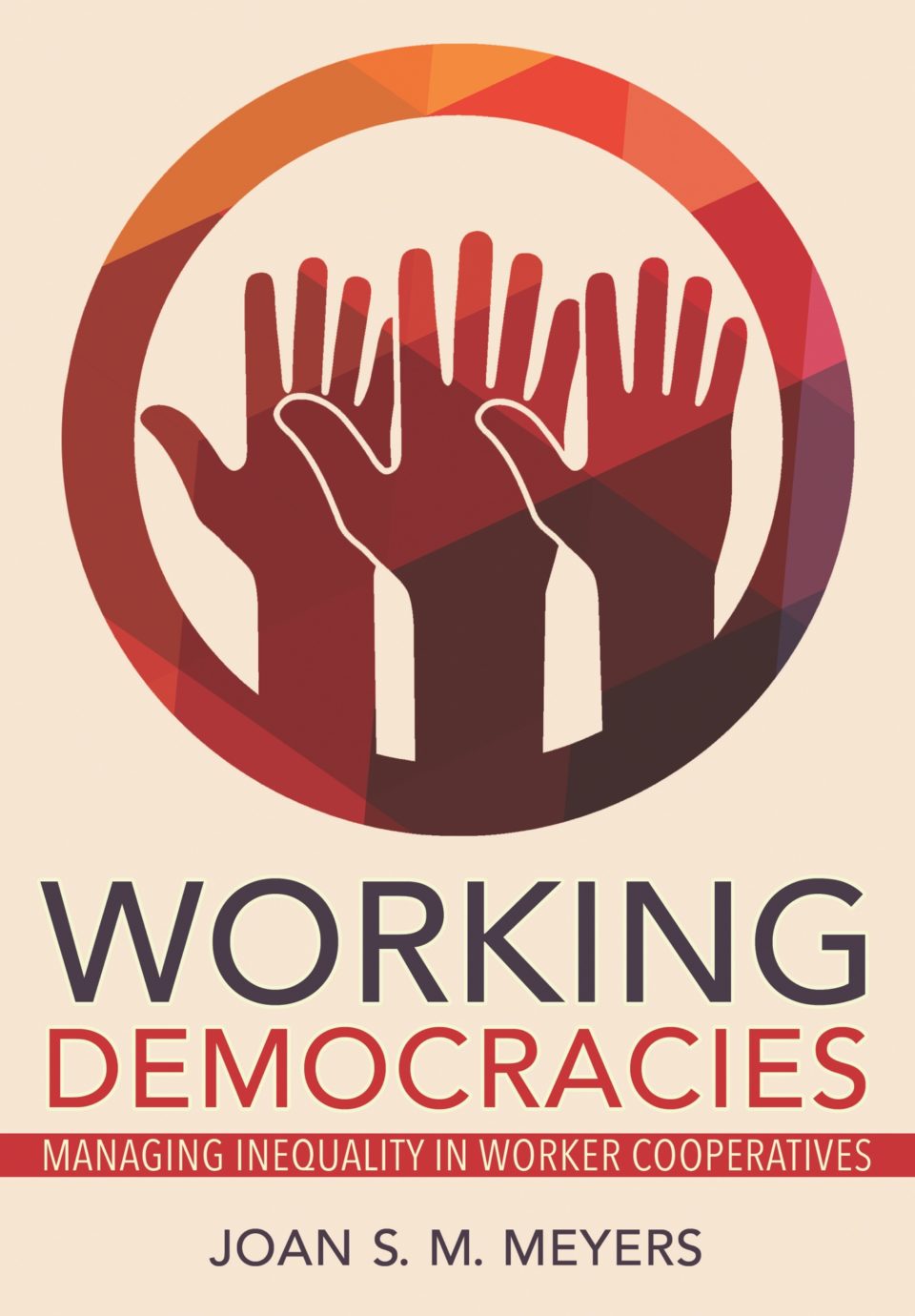 This is the third of T21’s ABC short interview. Earlier ABC interviews include Christina B. Carroll on The Politics of Imperial Memory in France, 1850-1900 and Ester da Costa Meyer on Dividing Paris: Urban Renewal and Social Inequality, 1852–1870. In these interviews, we ask each author only three questions:

Joan S. M. Meyers: As a long-time observer of U.S. worker cooperatives—businesses owned and democratically operated by their employees—I wanted readers to understand both the value and the complexity of economic democracy and worker control. I wanted to show readers that working people are fully capable of democratically running their own firms across perceived demographic difference. The two contrasting cases of  four-decade worker cooperatives in my book—a natural grocery supermarket and an internationally distributed bakery—allow me to offer an empirical counter to the notion that only the advanced business degrees of the affluent are legitimate forms of enterprise know-how. I wanted to share the innovative and effective forms of democratic governance and management I witnessed. And I wanted to tease out how and under what conditions a highly participative form of democratic management can be used even when a collectivity doesn’t see itself as homogenous.

However, I also wanted readers to understand that worker ownership doesn’t automatically create equitable or egalitarian workplaces. Like other U.S. workers, cooperative members are part of an economic landscape in which inequality is often viewed as inherent and inevitable. I wanted to compare worker cooperatives that were in many ways very similar but accepted different types and degrees of inequality. This allowed me to consider how and when inequality is organizationally reproduced despite best intentions, or interrupted despite individual biases.

JSMM: This book helps to increase the visibility of democratic worker ownership in the U.S., and enlarge the discussion of what economic democracy looks like—including organizational innovations that can be shared beyond worker cooperative borders with members of non-profits, benefit corporations, and union negotiators who are looking for ways to create more egalitarian organizations and societies.

In addition to promoting this kind of dialogue, I make two theoretical interventions. First, I argue that the normative, non-democratic Weberian conception of bureaucracy—the organization of specialized and expertise-based positions into a hierarchy of offices and authority that define a life-long career, administered on the basis of universally applied rules and policies encoded in a range of documents—is really just one of multiple possible variations of bureaucracy, including the nonhierarchical democratic version I describe in the grocery case. Identifying variations among bureaucracies helps to resolve a longstanding debate about whether and how bureaucracy shapes inequality outcomes. I show how the grocery’s “participatory bureaucracy” generated more egalitarian outcomes than either a Weberian bureaucracy or an informal and flat collective.

The second theoretical intervention is to consider how individually-embraced identities are facilitated by workplace discourses and practices, and how those worker identities shape how and why organizations deal with particular inequalities. For instance, although the memberships of the two worker cooperatives that I studied were demographically very similar, the discursive gap between the bakery’s monist class worker identity and the grocery’s pluralist intersectional worker identity created very different conditions when workers made decisions about polices regarding pay, scheduling, or the allocation of authority to managers or elected committees. Both explicit and implicit organizational practices had a real effect on how workers articulated themselves and each other, and the very imprecision of identity became a powerful organizational motivator for both continued inequality or the disruption of it.

JSSM: With its focus on democratic workplaces, my book engages with two discussions about how inequalities are generated: the role of participative and representative democratic control, and that of workplace practices and meanings. In terms of the first, these case studies offer ethnographic contrasts of, on one hand, a highly representative democratic cooperative, with an elected board of directors and quarterly meetings to vote on various proposals by managers, and, on the other, a cooperative that mixes representative elected committees with monthly membership meetings voting on a wide range of topics, while functioning on a day-to-day basis through decentralized semi-autonomous work groups. Following the insights of Francesca Polletta’s study of social movement organizations, I also find that the formalization of participative democracy is both functional and disruptive of inequality. However, while debates about democracy are the lifeblood of social movements, they are less congruent with workplaces. My book aims to return workplaces to the discussion of how organizational democracy can operate.

In terms of the second, this book occupies a somewhat unusual space among the growing ranks of what Donald Tomaskovic-Devey and Dustin Avent-Holt have termed “relational inequality theory,” an organizational-level approach to understanding how social inequality is generated within the interlinkages of social categories and specific workplace divisions of labor. Most studies in this field assume that workers are part of organizations that are not set up by them or for their benefit. From Joan Acker’s foundational focus on the “gendered organization” to Victor Ray’s recent elaboration of “racialized organizations,” workers’ lack of control over their workplaces is a presumption that, in some ways, puts the whole of responsibility for inequality on capitalists. In contrast, my work highlights how even conditions of worker control can produce inequality—and not because workers are individually racist or sexist, but because they overlook the ways in which organizational practices and cultures themselves reproduce ethnoracial and gender (and class) inequalities. That is, this research bolsters the relational inequality approach by showing that, while democratic worker control may offer a necessary rationale and protected space for the disruption of inequality, it is far from sufficient to ensure egalitarian relations.