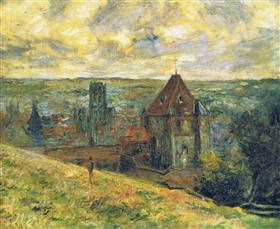 There are few genealogies of “property-owning democracy.”[1] This is a remarkable fact. In Britain and the United States competing visions of the idea have exerted a profound influence over both policy and theory. Margaret Thatcher deployed the term to justify her “Right to Buy” scheme, which revolutionized the electoral landscape and political psychology of voters by transforming Britain from a society of council house tenants to one in which the majority owned their home. For John Rawls – the most famous political philosopher of the last century – the idea entailed a far more egalitarian distribution of economic and political power, combined with steep, progressive inheritance taxation to prevent extreme wealth inequality. In Justice as Fairness: A Restatement (2001), Rawls championed property-owning democracy as his ideal alternative to laissez-faire capitalism, welfare-state capitalism, state socialism and liberal socialism.

Since the Conservative politician Noel Skelton coined the term in 1924, then, contestation over its meaning and institutional form has persisted across the political spectrum, which may help to explain the surprising lack of historical studies of its development.[2] Although impartial history is impossible, recovering common lines of descent can help to check the distortions of partisan accounts, expand the imaginative potential of the concept, and sharpen the arguments of its advocates within Rawlsian political theory. Searching for the “family resemblances” characteristic of genealogies, however, demands at least some agreement about the common features of ideas that are supposed to have a deeper historical lineage. Is it possible to identify a general principle shared not only by the antithetical visions of Thatcher, Skelton and Rawls, but also with earlier progenitors of property-owning democracy?

The political theorist and Harvard scholar Katrina Forrester intriguingly suggests in The Shadow of Justice (2019) that Rawls became familiar with property-owning democracy partly from his study of Alexis de Tocqueville’s “view of inheritance laws as a means of securing a wide distribution of property.” Curiously, Tocqueville and other nineteenth-century thinkers are missing from existing genealogies of the concept. A closer examination, however, shows that Tocqueville advanced what ought to be viewed as one of its most fundamental normative aims: that the widest possible diffusion of property across all classes in society is necessary in order to stabilize democracy. This goal undoubtedly meant something different for each thinker and their specific context, but variations of this general proposition were consistently adopted by its chief twentieth-century advocates, including Skelton and Rawls. Before unpacking this overlooked connection, it is worth questioning why Tocqueville and other nineteenth-century thinkers are largely absent from existing genealogies.

Ben Jackson’s path-breaking essay “Property-Owning Democracy: A Short History,” (2012) contends that analogous ideas rooted in classical republicanism began to re-emerge in seventeenth and eighteenth-century Britain and France. Both James Harrington and Jean-Jacques Rousseau similarly supported ideal societies of economically and politically independent small proprietors. For Jackson, the major forerunner was Thomas Paine, who distinctively combined arguments for extending representative government with demands for new rights to material resources. The normative connection to Rawls is clear: in Agrarian Justice (1797) Paine argued for the progressive taxation of inherited wealth to fund a universal capital endowment for all at age twenty-one, pioneering an early form of what is now known as “predistribution” among Rawlsian advocates of property-owning democracy. Paine’s distinctive proposal was apparently unmatched by his nineteenth-century successors. As Jackson maintains, “dispersing small-scale ownership as a means of fostering individual independence began to seem anachronistic in the context of a capitalist economy.” Passing over the nineteenth-century, Jackson focuses upon the emergence of early twentieth-century precursory works written from the vantage point of advanced industrial societies, such as Hilaire Belloc’s Servile State (1912), before turning to Skelton, James Meade and Rawls’ interventions.

In a recent article for The Tocqueville Review, James T. Kloppenberg compellingly reimagines Jackson’s eighteenth-century genealogy to situate Rawls within an “American tradition of property-owning democracy.” Alongside Harrington, Rousseau and Paine, Kloppenberg includes Winthrop, Madison and Jefferson. Just as Paine later targeted inherited wealth, Jefferson’s vision of a society of independent yeoman farmers was secured by his abolition of primogeniture in Virginia, and his successful enactment of the compulsory equal division of inheritance to diffuse property. Kloppenberg argues that Rawls stood at the helm of “a rich vein of egalitarianism, which ran through the free soil movement of the 1850s” to the populist reforms of the 1890s, and Roosevelt’s New Deal. Tocqueville is briefly cited as a harbinger of the rising industrial aristocracy later targeted by these American reformers. Since Kloppenberg’s genealogy is contained within a subsection of a larger reappraisal of Rawls, however, it is understandable that he too chooses not to foreground the nineteenth-century.

Yet, it is only by focusing upon the nineteenth-century that we find comparable arguments to property-owning democracy motivated by its central principle of “stabilization.” Harrington, Rousseau and Paine inhabited worlds in which forms of aristocratic government were hegemonic, and the word democracy was often used as a political insult. Paine may have embraced the term when arguing for a more representative parliament, but it would have made no sense for him to call for the stabilization of something which had yet to be achieved. The process of electoral reform in Britain would not begin until 1832, and the democratic credentials of even this First Reform Act are at least open to question. Although Jefferson plausibly had the aim of stabilizing democracy, his proposals for the diffusion of property via equal inheritance were primarily motivated by a desire to build social foundations through which a “natural aristocracy” could permanently supplant hereditary regimes. Moreover, neither Harrington, Rousseau, Paine, nor Jefferson aimed to extend property to the very poorest classes in society.

Paradoxically, it was Tocqueville, the aristocrat, who became one of the first modern thinkers to comprehensively articulate the necessity of stabilizing democracy instead of straightforwardly supporting its advancement through the expansion of the franchise, or rejecting it outright. His ideas about how this could be achieved mark him as one of the most convincing progenitors of property-owning democracy. To demonstrate this, it will be sufficient to compare a couple of key ideas in Democracy in America (1835) and the long unpublished Second Memoir on Pauperism (1837) with those of Skelton and Rawls.

Tocqueville observed that throughout history, “the greatest number” has always been composed of the propertyless, or of those without the leisure to participate in public affairs.[3] In 1830s America, he witnessed a phenomenon unprecedented in modern history: a society in which a majority owned property. This material dimension of the American “democratic social state” was partly facilitated by geographic circumstance, but ultimately resulted from the abolition of primogeniture, and the operation of equal inheritance laws. What is often overlooked, is that in this widespread diffusion through inheritance reform, Tocqueville discovered a powerful means of tempering dangerous tendencies arising from what he called the “equality of condition” and universal suffrage. Widespread property-ownership and the equal division of estates was the first precondition of democratic stability. It ensured that laws were made by and for the propertied, and if universal suffrage were similarly adopted in France, that property rights would not be violated by a propertyless electorate with antagonistic interests.

Like Rawls, Tocqueville’s concern with stabilizing democracy also led him to consider innovative ways of tackling extreme wealth inequality. After experiencing the novel threat of systemic pauperization during his voyages to England in 1833 and 1835, Tocqueville was commissioned to write a report on pauperism by the Academic Society of Cherbourg. Unlike in Britain, where feudal laws of primogeniture and entail concentrated land among few hands, in France the revolutionary law of compulsory equal inheritance continually divided properties. Tocqueville understood this would not be enough to counter the new accumulation of capital in urban centers by the rising “industrial aristocracy.” Inheritance reform would need to be combined with an effective means of diffusing property through industrial corporations as a preventative measure against laboring class insecurity and potential for destitution.

His proposal was twofold: firstly, workers ought to be given “an interest in the factory,” enabling them to imbibe “the small farmer’s spirit and habits of property ownership.”[4] While he did not think workers were ready to share ownership of the factory, he supported schemes that would utilize their salaries to facilitate the purchasing of their own independent property. Secondly, Tocqueville supported an early form of savings bank: “establishments through which the poor place their savings in the hands of the State,” which would be required to set favorable interest rates. In addition to the guiding principle of stabilization, Tocqueville’s proposals were finally concerned to cultivate responsible mores and character traits among the poor: to give them the “feeling of order, activity, and economy.”

Tocqueville’s second report on pauperism was not rediscovered until the late twentieth-century. It is therefore unlikely that the ideas it contained influenced Skelton in 1924. Yet it is striking how similar Skelton’s ideal of property-owning democracy was to Tocqueville’s proposal. Popular mobilization following the Russian Revolution, the sacrifices of working people during WWI, and universal male suffrage in Britain convinced Skelton that democracy had to be extended to the economic sphere. This could be achieved by the “widest possible” diffusion of the private ownership of property even amongst the poorest citizens.[5] Skelton clearly belonged to a radically different historical juncture, but he was motivated by the same core principles as Tocqueville: firstly, the need to maintain the “stability of the social structure,” and secondly, the cultivation of “character,” by helping individuals to help themselves. Moreover, his first two proposals echoed those of Tocqueville’s a century earlier: namely, that wage-earners in factories or the agricultural sphere ought to form co-partnerships with employers to share profits; and secondly, agriculturists ought to become independent small proprietors.

In Justice as Fairness, Rawls claimed that a property-owning democracy could best realize the “main political values” expressed by his two principles of justice: the first being “basic liberties,” the second consisting of two parts; “fair equality of opportunity” and the “difference principle.” In outlining policies aimed at “securing background justice over time,” Rawls argued: “It is necessary to regulate, by laws governing inheritance and bequest, how people acquire property so as to make its distribution more equal.” These background institutions were essential in answering “the question of stability,” which Rawls examined in subsequent chapters before introducing his idea of “overlapping consensus.” Without steep inheritance taxation, for example, the concentration of wealth over time would lead to the emergence of new dynasties of political and economic influence that, like their aristocratic forebears, would actively corrupt and destabilize the hard-won institutions of representative democracy. Forrester’s suggestion regarding the influence of ideas about inheritance reform in shaping Rawls’ distinctive idea of property-owning democracy ought to be combined with further reconsideration of the extent to which Tocqueville also inspired Rawls’ vision of stabilization. It would require a study at least as ambitious as Jackson or Kloppenberg’s to understand how far this aspiration was shared by other nineteenth-century progenitors of property-owning democracy. Yet such a study would enable better comprehension of the complex reasons why it came to be reformulated across the political spectrum, from Thatcher to Rawls, and could even inspire potential avenues through which the idea might be co-opted in future.

[2] Noel Skelton coined the term in an article for The Spectator on 12th May 1923, later republished alongside other articles as “Constructive Conservatism” (1924): David Torrance, Noel Skelton and the Property-Owning Democracy (Biteback, 2010), 34.