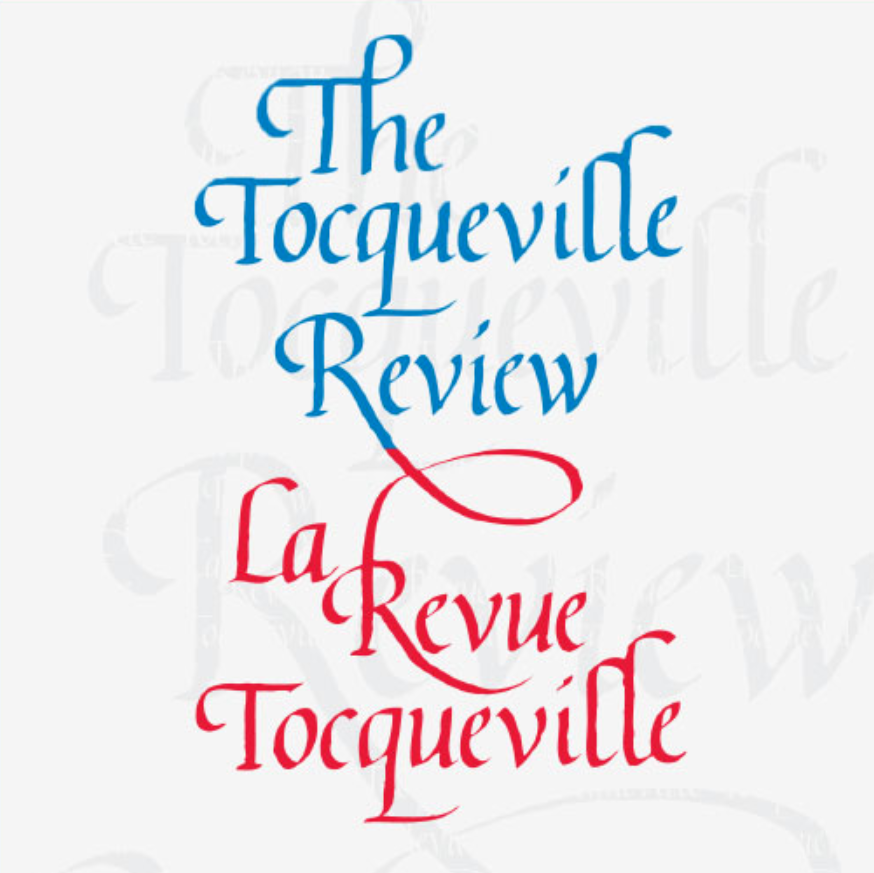 In a wonderful contribution to the newest issue of The Tocqueville Review / La Revue Tocqueville (Vol. 42, No. 2, 2021), David A. Bell writes about Alexis de Tocqueville’s reflections on Napoleon. In an article entitled “Tocqueville, Napoleon, and History-Writing in a Democratic Age,” Bell begins by outlining a contrast that Tocqueville makes in his chapter on historians in Democracy in America: history-writing differs between “aristocratic ages” and “democratic ages.” One makes recourse to great men, the other to great general causes. As it turns out, when it comes to writing the history, this framework is remarkably flattering to an aristocratic observer of democracy like Tocqueville:

So what sort of person can write the best history? The chapter hints that it is someone out of step with his or her own age: a democrat in aristocratic times; an aristocrat in democratic ones. In other words, the best historian is someone uncannily like that aristocratic observer of democracy, Alexis de Tocqueville himself. Such an observer can perceive both the individual actions and the general causes and will not hesitate to point to the moments when entire peoples have the chance to take control of their fates. (45)

Of course, the figure of Napoleon frustrates Tocqueville’s bifurcated schema. As an emperor that emerged from a democratic revolution, he cannot be shoehorned into one type of history-writing or the other. It is a tension that Bell explores at length:

But how did Tocqueville explain Napoleon, and his role in French history? Had the Emperor’s extraordinary qualities allowed him to impose his will upon the world? Or had he been, in the final analysis, more a prisoner of larger historical forces? Throughout his career, Tocqueville in fact found it very difficult to grant Napoleon any real autonomy of action. However great his fascination with the “almost divine intelligence,” he had a much greater fascination, in the end, with the impersonal force of equality that he described with such incomparable eloquence in the introduction to Democracy in America. However much Tocqueville might have wanted to see himself as the scion of aristocrats, standing apart from the “democratic revolution” of the age, analyzing it coolly, and identifying the aristocratic survivals that could save democracy from itself, in the end he could not interpret history the way he himself claimed an aristocrat would. In the end, his own analysis of Napoleon was always deeply democratic. (47)

Bell fruitfully analyzes Tocqueville’s 1842 oration upon admission to the Académie française, which took as its explicit subject matter the interpretation of Napoleon’s life. And then in a conclusion that could easily serve as a prologue to his recent book Men on Horseback: the Power of Charisma in a Revolutionary Age, Bell expands his analysis. Napoleon, as it turns out, was far from a unique figure in the nineteenth century.

The pattern continued, as well. The years of Tocqueville’s greatest works were the years of Andrew Jackson, of Garibaldi, of Kossuth, and many others, some of them respectful of democracy, and some of them not. This new political phenomenon is not one that Tocqueville ever really recognized.

Adopting this alternative perspective does not imply resuscitating Carlyle’s theory of history as the biography of great men. The great revolutionary leaders of the period were not free agents simply imposing their will on the world. They filled roles, they learned from each other, they had to please their audiences. In this way too they were shaped by larger, impersonal forces. But their new brand of authority made them something other than simply the instruments of a democratic egalitarian spirit, or aspiring Caesars profiting from democracy’s failures” (52)

It is worth reading the entire article, and to discover the other great contributions in the new issue of The Tocqueville Review / La Revue Tocqueville !