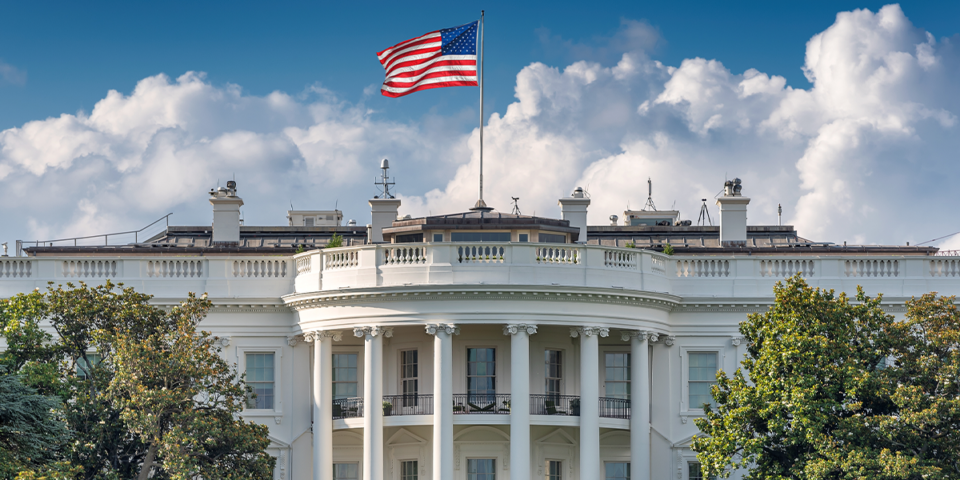 We live in a neoliberal age. For ideological reasons bound up in the epic struggle against totalitarianisms both left and right, a bold experiment in hyper-liberalism took root in the wake of the Cold War. Allowing the democratic achievements and aspirations of liberal and social democracy to atrophy, intellectuals and policymakers began an audacious celebration of the unmitigated benefits of economic liberty and private power. A new politics and policy consensus emphasized market expansion and economic growth over social welfare and public well-being, personal rights over collective responsibilities, private interests over public goods, and individual aggrandizement over social equality. So much have neoliberal assumptions captured policymaking and public imagination across the political spectrum, that it has become difficult to think beyond its tightly patrolled borders towards a programmatic alternative grounded in political philosophy. Indeed, for many, neoliberalism has grown synonymous with a sacrosanct—natural, neutral, and necessary—twenty-first-century capitalism.

The consequences of this neoliberal turn are now everywhere around us. Substantive assessments of deregulation, privatization, and the return of market and constitutional fundamentalism are quickly moving from mixed to dire. Long gone are bumptious celebrations of the end of history. In retrospect, the end of the Cold War looms larger as a historic missed opportunity. Today, intellectual critics are documenting the rampant socio-economic debris left in the wake of neoliberal consensus: climate change; poverty and economic inequality; corporate concentration; big tech surveillance; election manipulation and voter repression; fake news; the aggrandizement of executive and war powers; the revival of virulent forms of racism, group hate, and xenophobia; the return of populist and authoritarian nationalism; mass incarceration; an opioid epidemic; and the rise of new global oligarchy and kleptocracy.

The egregious failures and transparent limitations of neoliberalism have now generated a host of provocative assessments and blueprints for moving on, beyond, and forward. Talented social theorists like David Harvey, Axel Honneth, and Wendy Brown have skewered the pretensions and exposed the contradictions of neoliberal political economy and mapped some attractive alternatives. On the ground, grassroots protests and social movements like Occupy, Black Lives Matter, the Indignados, and the Umbrella Movement urgently—though in divergent ways—have captured widespread popular aspiration for a post-neoliberal future. And even mainstream political candidates battle furiously to present themselves as the most radical antidote to the neoliberal status quo.

Yet to date, the alternatives to neoliberalism struggle for recognition amid a cacophony of options, including centrist calls to return to Cold War liberalism, technocratic revivals of Third Way social democracy, and defanged, post-totalitarian versions of “socialism light.” Advocates for change seem not yet to have a name or concept or program for what they are striving for after the end of neoliberalism.

We propose a deceptively simple solution—a mere starting point in a longer and larger conversation about a future beyond neoliberalism. We start simply enough by introducing or coining a new word, or at least a new usage.

We propose the start of a collective project of building a comprehensive, thorough-going, and philosophically and historically grounded rebuttal and alternative to neoliberalism. In contrast to the celebration and hyperinflation of the exclusively liberal elements in our political-economic inheritance, we propose instead a full-scale retrieval of the lost promise of the democratic, broadly construed. Neodemocracy involves a wholesale repudiation of the inheritance of neoliberalism, and a commitment to re-inventing and re-envisioning a new, critical democratic tradition.

Obviously, the full scale and scope of the work-in-progress we ultimately envision greatly exceeds the capacities of a short introductory post. But it is possible to sketch some of the key implications of a rapid shift away from neoliberalism to this new future we call Neodemocracy.

1. Substantive Democracy. First and foremost, Neodemocracy involves much more than the political techniques of suffrage, representation, and elections. No doubt such democratic means and mechanics are important processes in the functioning of modern democracies, but as John Dewey argued long ago, “The problem of democracy was seen to be not solved, hardly more than externally touched, by the establishment of universal suffrage and representative government.” Rather, Deweyean progressives advocated a more substantive and ends-oriented “new” democracy that turned not just on democratic inputs, but on substantive democratic policy outputs—the achievement of democratic ends that equitably and effectively secured the people’s actual health, safety, and well-being. No mere paper democracy here, no mere formal, fugitive, or phantom democracy. Rather, the proof was in the record of public provisioning and public accomplishments that lifted all people in securing a substantively democratic “way of life.” Neodemocracy embraces this progressive vision of democracy as a substantive rather than merely procedural agenda. Neodemocracy is fundamentally about the solving of pressing public problems by the public itself, ensuring relative equality as a substantive condition. Political theorist Josh Ober comes close to this positive vision when he defines democracy as involving a substantive ability to control the disposition of things: i.e., the actual capacity to effect change in the public realm for the public good. As opposed to the more conventional conflation of democracy with things like majority rule, this more substantive and capacious democratic vision was intimately bound up with social welfare and equitable governance in all aspects of a collective life democratic. And as W.E.B. Dubois wisely noted, this kind of substantive democracy “has not been tried in precisely those activities of life where it is most important.”

2. Equalitarian Democracy. Modern democracy was born in revolution against an old regime of monarchy, aristocracy, and baseline social inequality. Consequently, Neodemocracy is relentlessly anti-aristocratic, anti-oligarchic, and equalitarian. Contemporary neo-aristocratic ideologies such as meritocracy leave many outside the commonwealth, squandering human potential. The new democratic movement, in contrast, must include every human personality in accordance with the ideal of equality through which substantive democracy lives and grows. Neodemocracy is built upon a broad ethic of socio-economic inclusion, anti-discrimination, and non-domination, insisting upon the removal of all barriers to diverse human interaction. Anything less is treason to a truly democratic way of life. Neoliberalism has been far too willing to sacrifice democratic and egalitarian values to formalistic and individualistic renderings of legal and market freedom. The result is unprecedented wealth inequality, divisive social stratification, and the aggrandizement of a new global aristocracy of wealth seemingly bent on eliminating the last historic safeguards of democratic aspiration and popular self-governance. Neodemocracy involves a renewal of the basic democratic commitments to equality over aristocracy and the many over the few. Hannah Arendt understood the collective nature of those commitments, arguing that “we are not born equal,” rather, we only “become equal as members of a group on the strength of our decision to guarantee ourselves mutually equal rights.” Neodemocracy renews this fundamental commitment to the ongoing social struggle to make each other more equal.

3. Critical Democracy. True to its roots in revolution, Neodemocracy must always remain a critical rather than a mere celebratory democracy. No more of the paltry and apologetic formalisms that use the rhetoric of “democracy” to occlude the decidedly undemocratic outcomes of the current neoliberal status quo. Neodemocracy is rooted in the kind of critical and realist anti-formalism that has skewered rhetorics of reaction since the dawn of the modern democratic age. “Cynical acid,” legal realists called it: the need for the ever vigilant and persistent critiques of remarkably resilient and subversive forms of anti-democratic thinking. Neoliberalism is quintessentially formalist and anti-democratic. Betraying the substantive emancipatory ideals of democratic revolution, neoliberalism has grown too negative (emphasizing a formal, legalistic liberty instead of a positive, substantive commitment to human freedom); too economistic (defining freedom in a hedonistic and actuarial calculus and ignoring competing socio-cultural values); too individualistic (failing to recognize the inextricably social, interconnected, and collective nature of modern life); and too static (defending an increasingly unsatisfactory status quo). In the late nineteenth century, classical liberalism first transformed itself into a reactionary form of laissez-faire, liberty-of-contract apologetics. Today, neoliberalism has accomplished something similar. Corporations are “rights-bearing persons,” government and regulation are “the problem not the solution,” the One Percent are natural products of increasingly free and competitive global markets, freedom of speech and religion are weaponized defenses for wealth and power, and political oligarchy is but the popular reflection of democratic electoral processes. Neodemocracy calls for a new revolt against such formalistic fictions and a critical assault on virulent forms of anti-democracy.

4. Public Democracy. Finally, Neodemocracy insists upon the priority of democracy to economy and the triumph of public welfare over private interests. Neodemocracy is rooted in a substantive critique of a neo-classical and neoliberal political economy that has eviscerated the aspiration to democratic regulation in the public interest. In place of the great inversion that has subsumed democratic politics to the priorities of theories of individual right, private efficiency, and economic growth, Neodemocracy calls for the reassertion of public priorities, democratic politics, and socio-economic provisioning. Neo-democracy asserts and defends a substantive conception of the democratic public—the demos—that is not reducible to atomism or random assemblages of self-aggrandizing interest groups. And it gives this public demos priority over private sector privilege. Consequently, neodemocracy both analytically and normatively engages the state as an important appurtenance of democratic possibility. Critical of the idea of “stateless” democracy as well as other forms of facile “anti-statism,” Neodemocracy contends that for democratic aspirations to be truly realized in a modern economy and mass society, a certain state capacity is necessary and inevitable. A democratic state consisting of democratic administration, open magistrature, and popular regulatory power is a key mechanism of a substantive and equalitarian democracy. Neodemocracy inheres in no mere “governmental contrivance,” but democratic statecraft is indispensable to the ultimate purpose of securing the equal well-being of the people—all the people. As Karl Marx once prophesied, “Democracy relates to all other forms of state as its Old Testament.”

To conclude, there seem to be two roads forward through our contemporary crises. We can continue down an essentially neoliberal path. There we can expect to find the exacerbation of already staggering wealth inequalities, a dangerous increase in cultural divisions and national, racial, and group animosity, and the threatening cultivation of a new generation of authoritarian global oligarchs and free market aristocrats. The fracturing of democratic social bonds and the re-emergence of neo-feudal private power will continue to drive an unpredictable and relentless winner-take-all Darwinian struggle for survival and domination in a new Gilded Age.

Or we can turn toward Neodemocracy, returning to the substantive, equalitarian, critical, and public foundations of the democratic. Just as democracy was rooted in a critique of monarchy, aristocracy, and oligarchy, Neodemocracy must be vigilant against and critical of the emergence of new sources of oligarchic and aristocratic power, whereby the few set themselves above and against the many—special, private, familial interests poised against the people. As the demos only thrives in a spirit of relative socio-economic equality, Neodemocracy must continue to develop the substantive programs and public policies that generate and sustain a vision of a free, equal, tolerant, and prosperous body politic. And as historical democracy was born in the revolutionary struggle of the people to constitute themselves as self-governing political agents, Neodemocracy must find ways to remove the substantial new obstacles that currently circumscribe the democratic project of self-rule, whereby we all are supposed to have a participatory role in making the rules by which we are all together governed. Democracy, after all, is a history, not a concept. And it is far past time for the people as a whole—not a party, not a president, not a billionaire, not an authoritarian personality—to take charge in the writing of its next all-important chapter. As Jane Addams never hesitated to remind us, the cure for the current ills of Democracy is more Democracy.