The Netherlands: Politics of Volatility 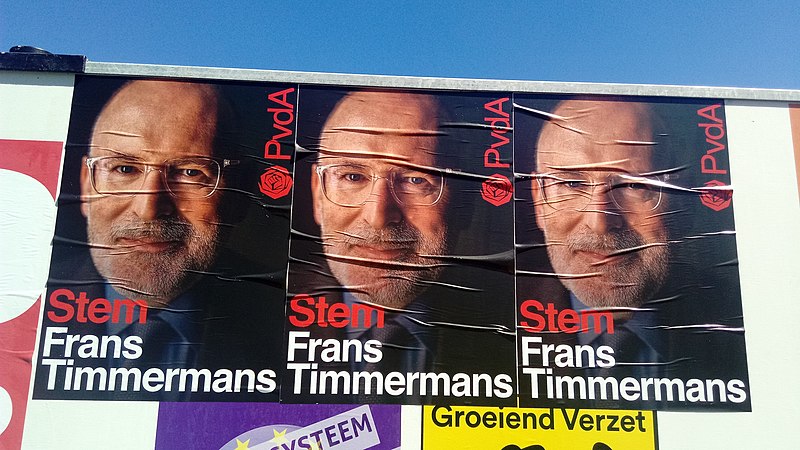 What should we make of the Dutch elections for the European Parliament? Much of the coverage before the results came in framed the election as a face-off between the right-wing liberal VVD party—the largest party of the governing coalition—and the new far right kid on the block, Forum for Democracy (FvD). This can be explained on the one hand by polling, which had those parties neck in neck at about 15 percent each, and on the other hand by the fact that the Forum came out the plurality winner in the 2019 provincial elections in March, just above the liberals. As could be expected, and in fact mirroring what was happening in France between Macron and Le Pen, Liberal-leader and PM Rutte and Forum leader Baudet were happy to frame the election in these terms, even going head to head in a much-watched television debate the Wednesday before the election. On the night of the election, it appeared as if Baudet had bested Rutte, but the actual results pushed the Forum into 4th place and the VVD into 2nd behind none other than the Dutch labor party, back from their collapse in the 2017 general election, which had seen their support plummet by over 19 percent to put them in 7th place (the Christian-Democrats came in 3rd).

So how should we make sense of the fact that the center-left labor party, the PvdA, headed by the high-profile Euro-Commissioner Frans Timmermans, made a comeback to win almost 19 percent of the votes—more than double their score in the 2014 European Parliament elections? Headlines have rightly focused on this surprising success. It seems from exit-polling that the PvdA benefitted from the popularity of Timmermans, Spitzenkandidat (whatever this position may be worth, and I think EPP poster-boy Weber will soon discover isn’t worth much) for the social-democratic group in the European Parliament. They may also have benefitted from pretty low-brow personal attacks against Timmermans from the left-populist Socialist Party, which didn’t pay off, as the socialists lost both of their seats.

The real story of the elections, though, is not one of Timmermans and his labor group “winning”—they won only 18.9 percent of the vote after all, securing as many seats in the EP as the bitterly disappointed Insoumis in France. Nor is the election about the far right. The Forum for Democracy gobbled up most of the voters from Geert Wilder’s far-right Freedom Party (the PVV) leaving the Dutch far-right with the same number of seats as before. The real story, from where I’m sitting, is the volatility and fragmentation of Dutch politics. And that isn’t a new story. The fringe SP and PVV continue their recent decline, while the Greens continue their climb. But the PvdA has bounced back from exile, while the socially-liberal D66, a member of the governing coalition, is back in the doldrums, a sentiment they know well given their frequent oscillations in popularity.

Also, as in the provincial elections in March and the general elections in 2017, the scene is fragmented. Five parties lead the pack, with only 8 percent between the 1st placed PvdA and the 5th placed Green-Left party, sharing 20 of the 26 seats between them. Next comes the Christian conservative alliance, neck-and-neck with the social-liberal D66, taking two seats each. Finally, the stragglers, all between 3.4 and 4 percent, and divided between the haves (the Party for the Animals and the pensioner’s interests party 50+, who get a seat each), and the have-nots (the Freedom Party and the Socialist Party, who get nothing).

Volatility and fragmentation are hard to read. Time will tell if this election marks the reversal of some fortunes or is the mark of future trends. In Dutch politics anno 2019, it seems there is everything to gain, and everything to lose.