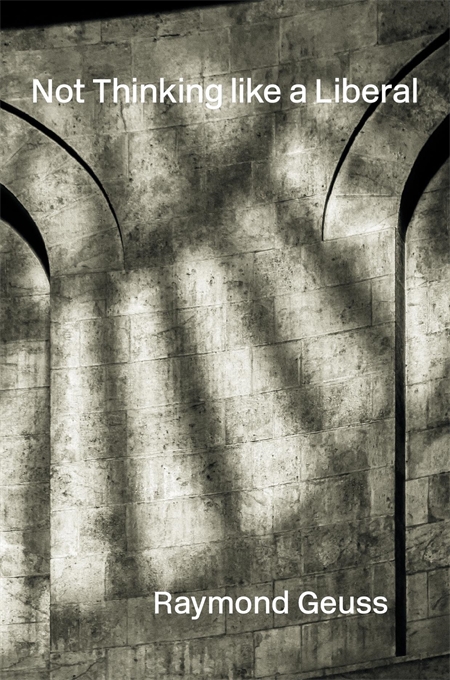 Reading Raymond Geuss’s Philosophy and Real Politics a couple years ago was like a breath of fresh air. Geuss was writing about exactly the things that many of us young, left-leaning students at Cambridge wanted to think through at the time: namely, how the rise of authoritarian politics in certain parts of the world seemed to have given Western liberalism a renewed importance and intellectual force, thereby shrinking the space for systematic critique of liberalism’s own damaging political and economic practices. And how, making matters more difficult, radical politics – especially at universities – had increasingly become an identity to assume, rather than a meaningful commitment to the historical notion of organising for large scale social transformation. Moreover, there was the frustrating intellectual problem of how to maintain the critical force of Marxist thought while acknowledging the historical failures of “actually existing socialism”.

Geuss seemed to have it all: he offered relentless criticism of liberalism, but without the reactionary baggage present in some fashionable works of “post-liberalism”; he showed a way of thinking about politics through a non-sectarian, anti-utopian Marxist lens; and he conveyed a deep knowledge of the history of political thought and philosophy. The combination was bound to impress. It was simply inspiring to see a vision of political philosophy that was both politically radical, and defined with reference to the real world  rather than abstract, value-driven debates. Moreover, Geuss’s realism seemed to offer both new avenues of theoretical research, and the (re-)discovery of marginalised texts and authors.

Geuss has recently expressed regret over ever using the term “political realism”, which he fears has distracted from his main insights. However, the term can serve as a useful ideological litmus test in academic discussions of political philosophy. After leaving Cambridge, I found it to be most often met with a mixture of scepticism and frustration. The more I engaged with political philosophers of an analytic orientation, the more I encountered the opinion that Geuss’s critiques (above all of John Rawls) are “uncharitable”, and that his “realism” has little to offer. Further discussions of concepts like equality, freedom and morality – on which Marxists and liberals have long been known to differ, and where Geuss defends a historically Marxist approach – make clear that this perception of Geuss is ultimately an expression of the hold that a certain liberal worldview has over the majority of academic philosophy.

This is the phenomenon that Geuss addresses in his newest work, Not Thinking Like a Liberal. Geuss describes liberalism as the “basic framework that structures political, economic and social thought in the English-speaking world”. But Geuss does not think like a liberal. And it his non-conformist refusal to engage with the dominant liberal modes of thought on pre-set terms – as well as his continued rejection to offer a comprehensive, self-contained alternative – that prompts such unreflective reactions from those academics who rely on the philosophical assumptions and professional practices that Geuss rejects. His realism thus serves as a tool to reveal the deepest ideological commitments of political theorists. Geuss rejects, amongst other things, the notion of (human) rights, which is so fundamental to the liberal political imagination. He challenges the professional standards of contemporary analytic political philosophy (which, as Lorna Finlayson has argued, often serve to neutralise essentially political debates) and he is hostile to any conceptualisation of autonomous individual subjects. While his previous books have explored these positions in detail, his most recent book represents a shift in tone.

Although making cursory references to his previously-established views, Not Thinking Like a Liberal is above all an autobiographical exploration of Geuss’s intellectual socialisation. It offers a close look at the institutions and people that helped form Geuss’s philosophical outlook, largely without polemical exposition. Instead, the account of his formative years is presented primarily to record his personal journey – which was strikingly secluded from the broader social and cultural trends of 1950s and 1960s America – and to honour the pedagogical figures and thinkers who helped form his “rudimentary canon of aversions in politics, ethics, and philosophy”. Geuss contends that the conditions (institutions, people, etc.) that permitted the development of his unique subject-position, and which helped foster his continuous critical reflection, are what made him the philosopher he is today.

Certain figures here have appeared already in Geuss’s earlier work (notably Béla Krigler, a key mentor of Geuss in his school years, and Sidney Morgenbesser, one of his professors at Columbia), but the personal tone sets this book apart. And if one reads Geuss’s work chronologically, Not Thinking Like a Liberal can place certain aspects of his previously published texts in a new context. The cover of Philosophy and Real Politics, for instance, which is a photograph of one of the most controversial and tragic events of the 1956 Hungarian revolution, takes on a new significance once the reader learns that Geuss was taught by and alongside refugees of the suppression of that same revolution.

The ’56 events are commonly taken to be significant in the history of left-wing politics primarily as a proof of the inability of the Soviet system to reform itself. But Geuss heard first hand accounts of the violence and the personal traumas which were just as intrinsic to the experience of the uprising as the emancipatory aims. “I was predestined not to be a liberal by the political events that took place in the autumn and early winter of 1956 in Hungary” and Geuss means this perhaps in a direct historical sense – he would not have been taught in the same school, by and alongside the same people if these Hungarians would not have fled to the US. There is, however, an additional interpretation: to see the contradictory nature of even the most progressive events, to understand the tragedy of politics, for Geuss was not merely a theoretical position which he gradually came to. The people around him in his school years clearly made a great impression on his later political thinking, and it appears that the 1956 uprising and its aftermath sit at the core of his so-called “realism”.

Not Thinking Like a Liberal could easily serve as an introduction to the debates around political realism for those coming from outside academia: no prior knowledge of political philosophy or intellectual history is expected from the reader, although they will surely walk away with the sense that there is much to learn. Moreover, Geuss’s gentle exposition of how his own intellectual development contrasts with 20th-century Western liberalism is possibly a useful alternative to his more forceful, argumentative pieces: it could potentially generate greater empathy with his particular version of non-liberal political thinking than, for example, his previous provocative calls for “neo-Leninism” in political philosophy.

Today, political realism has itself become yet another niche of academic knowledge-production, with monographs and articles coming out every year exploring its theoretical origins and implications. Perhaps most importantly then, Geuss’s new book is a timely reminder of the original impetus behind it: to extend the imagination of political philosophy beyond the standard intellectual practices of contemporary global capitalism.

Nóra Schultz recently completed an MSc in Political Theory at the London School of Economics, where she wrote her thesis on the role of realism in early 20th century Marxist political thought. Currently, she lives in Budapest and works as an editor at the left-wing media project Partizán.

Image credit: Not Thinking like a Liberal [cover], Harvard University Press (2022), Fair Use.