Economic Sanctions and the Backlash to Liberal Internationalism 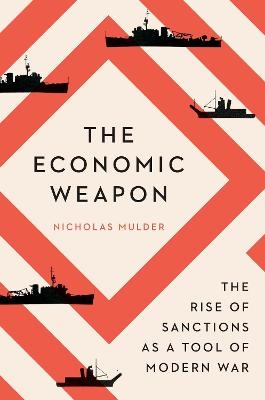 ** This is the third in a series of four reviews of Nicholas Mulder’s new book The Economic Weapon: The Rise of Sanction as a Tool of Modern War. Each day this week, one review will be published.

1. “Sanctions: What are They Good For?” by Ben Coates

2. “The Paradoxes of Liberal Peacekeeping” by Liane Hewitt

Tomorrow, Glenda Sluga will review the book, and then Mulder will respond. **

First, by tracing the origins of economic sanctions to the Allied blockade of the First World War, Mulder brings new insights to the study of the economic dimensions of the Great War–a topic that remains under researched, despite the massive and growing literature on nearly every other aspect of the war’s history. Mulder’s detailed account of efforts to remove Germany from a globalized world economy is particularly illuminating. Take one illustrative passage: Mulder follows the journey of the strategic raw material of manganese from Brazil to Germany, where it was used as a key input for the manufacture of corrosion-resistant steel. This journey began when a German steel company placed an order with a London agent, who arranged the purchase of the mineral from a British-owned mining company in Brazil, with financing provided by a Latin American subsidiary of a German bank. The manganese would be paid for with a sterling bill of exchange, a kind of transferable promissory note that was used to finance the lion’s share of world trade at the time. The mineral was then carried on Brazilian state-owned railways to Rio de Janeiro, where it was shipped—likely in a European or U.S. vessel powered by British coal and insured by British firms—to Rotterdam, before being conveyed via rail or river boat to its final destination, a factory in the Ruhr Valley.

What Mulder shows is that after the outbreak of the war, British and French strategies of economic warfare depended on understanding, tracking, and controlling such complex supply chains. The experience of doing so, in turn, gave rise to the popular conviction that mastery of the sinews of global exchange could be used as a powerful tool of coercion during times of peace. In describing such processes, Mulder’s book provides an important material dimension to the intellectual history of a core liberal internationalist belief—that the rules of the international order could be enforced by economic deprivation—by showing what, exactly, the “economic weapon” targeted: the complex, intertwined systems of finance, transport, trade, extraction, and production that made up the world economy in the early twentieth century.

Mulder’s attention to the supply chains that crossed the borders of nations and empires adds heft to one of the chief insights of his book: that over the long term, the use of economic sanctions created a world in which neutrality could no longer exist—a world, as he quotes a scholar of the blockade from the Second World War, that was “fit only… for belligerents to live in.” As other historians have shown, the prosecution of broader strategies of economic warfare by the European Allies and the United States during the First World War involved constant violations of the sovereignty and neutrality of many resource-rich and primary producing countries—particularly Latin American states like Mexico, Chile, and Argentina—which were effectively pulled into a conflict that they sought to avoid. Mulder’s insights add a new dimension to this research, by showing how one of the most significant consequences of sanctions over the long term was to make neutrality an increasingly meaningless legal fiction.

Dating the origins of the economic weapon to the First World War also shows how sanctions were founded on a mistaken belief about the war’s outcome: the idea that the Allied blockade won the war against the Central Powers. While there has been much debate about whether the blockade directly led to the starvation of German civilians, there is little question that it had truly catastrophic effects in Central Europe and, even more so, in the Ottoman Empire, where famine killed hundreds of thousands. But, as Mulder shows, Germany did not sue for peace in late 1918 because the civilian population had been hobbled by deprivation. Instead, this was due more to a crisis of morale in the military, as the initially successful 1918 Spring Offensive collapsed, influenza arrived, and the Allied militaries—their ranks swollen by the arrival of US soldiers—made swift gains. (At most, Mulder writes, the blockade played a “supporting role” in Allied victory.) After the war, both sides contributed to the construction of a myth of the blockade’s war-winning power. In Germany, right nationalist propaganda excoriated the Allies for waging an illegal and inhumane campaign against German civilians while blaming these same civilians for traitorously selling out a supposedly undefeated German military.

While Mulder demonstrates the persistence of this myth of the potency of sanctions after the First World War, he does point out that they did, at times, prove effective. The successful interwar use cases he outlines all involved relatively weak, regional European powers, whose territorially expansionist aims were thwarted by the use or threat of the economic weapon: Yugoslavia and Greece in the 1920s and Franco’s Spain, exhausted by civil war, in the late 1930s. But this weapon failed to deter major industrial powers like Nazi Germany, Japan, and Italy. Mulder points out that the on-going myth of its efficacy is not only founded on a misremembering of its origins in the First World War, but also on a blinkered conception of human psychology itself. The idea that one state can bend the population of another to its will simply by depriving them relies on an economistic understanding of human motivation that privileges material concerns over other factors like ideology or national amour propre. Whether or not this idea was convincing in 1918, subsequent history has proven it to be false.

Another area in which Mulder’s book makes an important intervention is in the history of sovereignty in the twentieth century. When the economic weapon first emerged, he argues, it was primarily used as a tool with an “external” aim: preventing inter-state conflict. After 1945, its uses expanded to also include the targeting of the “internal” affairs of states, whose choice of regime type or domestic legal arrangements were turned into objects of external intervention. (It’s no coincidence that most of the heavily-sanctioned states today are led by regimes ideologically antagonistic to liberal capitalism, like North Korea or Iran.)

This is an illuminating argument. It sheds new light on longer term transformations in efforts to define and differentiate the realms that are internal and external to the state. But the history Mulder tells can itself be read as suggesting that this binary separating the eras before and after 1945 may not be so stark. As he explains, one of the very first attempted uses of the economic weapon after the formal conclusion of the First World War was to starve out Soviet Russia and Hungary after the proclamation of a short-lived Soviet republic in Budapest under Béla Kun. It is true that the Soviet Union would not become a permanent target of interwar sanctions. But the birth of the “peacetime” economic weapon as an anticommunist device clearly pointed to its future evolution as an external point of leverage over domestic political arrangements. Moreover, sanctions were, from the beginning, seen as a way to foment popular discontent with an enemy regime and perhaps even precipitate revolution against it. This was certainly an aim of the Allied blockade: to destroy the legitimacy of the Reich and “Prussian militarism” among hungry German citizens. This was a highly interventionist vision of statecraft—one that went well beyond the goal of hobbling an enemy military or compelling a rival government to step back from the brink of war.

Mulder is right to point out that sanctions were not first and foremost concerned with regime type or domestic legal or humanitarian concerns during this era, as they would be later. Indeed, he shows how many in 1919 worried that starving Russian civilians was just as likely to augment the appeal of Bolshevism as to diminish it. But still, we shouldn’t downplay how radical this innovation was: a weapon had been designed to target the domestic political legitimacy of sitting governments. As it evolved later, the economic weapon not only blurred the borders between states of war and states of peace, as Mulder describes, but also increasingly turned the formerly domestic spaces of politics into targets of foreign intervention. But this vision of sanctions had been there from the beginning.

A further thought-provoking contribution of Mulder’s book comes in its almost tragic rendering of the overreach of liberal internationalism in the twentieth century. Far from being a weak institution, the League of Nations, at key moments, was seen by many as potentially wielding a world-beating tool of coercion. But the threat of this weapon seldom prevented war. Instead, anxieties about its possible use, and memories of the blockade, encouraged the so-called “revisionist” powers of Germany, Japan, and Italy to retreat further from the liberal international order and world economy in the 1930s. One of the greatest accomplishments of Mulder’s book is to show how—particularly in the case of Fascist Italy—Depression-era efforts to achieve economic self-sufficiency were direct responses to the threat of sanctions. The tool designed to protect the liberal international order played an unwitting role in precipitating its collapse.

The implications of this insight into what we might call the self-undermining tendencies of liberal internationalism extend into other domains beyond the scope of Mulder’s book. One similarity that immediately comes to mind is the backlash to the conditional lending practices of institutions like the International Monetary Fund (IMF) and World Bank—another highly interventionist tool of liberal international order-making. By the end of the twentieth century and beginning of the twenty-first century, memories of structural adjustment, “shock therapy,” and the IMF’s response to the 1997-1998 Asian financial crisis led to a turn away from the Bretton Woods institutions, whose meddlesome powers had tarnished the entire project of global economic governance. Bitter memories of IMF interventionism encouraged many states to build up their foreign exchange reserves to avoid needing recourse to the IMF during times of crisis. (It is telling that the IMF was not invited back after the 2007-2008 crisis to various countries, particularly in Asia, where it had overplayed its hand in the 1990s.)

States like Russia and China have pursued a dual strategy of resistance to both of these interventionist devices of liberal statecraft—building up their reserve assets to obviate the need for foreign bailouts and “sanction-proofing” their economies in other ways. From the vantage point of the early twenty-first century, two of the most powerful liberal internationalist tools ever developed – conditional lending and economic sanctions – appear to have encouraged states to pursue new bids for national self-strengthening, which may be undermining the same international order that these tools were originally designed to protect.

The Economic Weapon helps to make sense of phenomena like this. Most of all, it explains why economic sanctions can easily backfire. It also explains how liberal internationalism, far from being too weak in a realist world of hard power, can sometimes be too strong for its own good. This is a stirring, masterful history of an important but underexplored phenomenon of the twentieth century, but also – given the global crises of the twenty-first – a cautionary tale.

Jamie Martin is an assistant professor in the Department of History and School of Foreign Service at Georgetown University. His book, The Meddlers: Sovereignty, Empire, and the Birth of Global Economic Governance, will be published by Harvard University Press in June.

Other Reviews in this Book Forum

1. Sanctions: What are They Good For? – Ben Coates

4. New Histories of the International Order and Why They Matter – Glenda Sluga