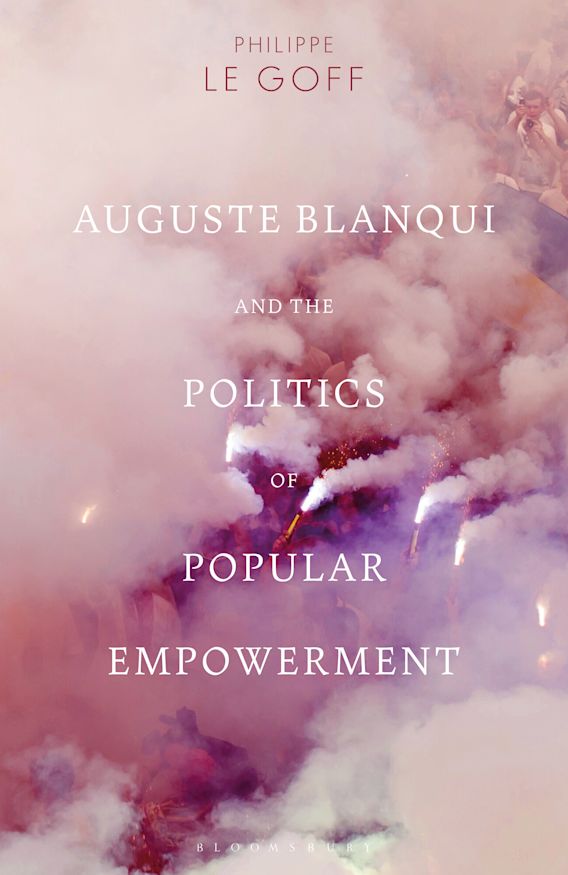 In June 1852, the incarcerated radical Louis-Auguste Blanqui (1805-1881) wrote a publicised letter describing his ideal revolution: it would involve “the destruction of the existing order, founded on inequality and exploitation, the ruin of the oppressors, and deliverance of the people from the yoke of the rich”.

A shadowy figure who spent nearly half his life in prison, the main image of Blanqui today is of a bloodthirsty and authoritarian revolutionary – one of the spectres haunting nineteenth century Europe. Blanquism, the tradition that bears his name, is almost always equated with violent, conspiratorial politics. It is perhaps as a result of this that, despite maintaining a near-incessant literary output throughout his long career of activism, Blanqui’s political thought has largely been overlooked. Where his ideas are discussed, he is generally presented either as a dogmatic Jacobin who failed to adapt with the times, or framed as a missing link in the teleological chain of revolutionary precedent, slotted (or forced) into the gap between Gracchus Babeuf and Karl Marx.

Yet Blanqui’s had a complex understanding of the volatile socio-political dynamics of his era that is worthy of sustained analysis in its own right. In Auguste Blanqui and the Politics of Popular Empowerment, political theorist Philippe Le Goff aims to re-instate Blanqui within the canon of modern political thought, and to lay out the contemporary relevance of his ideas. Examining the context of Blanqui’s ideological development, Le Goff rejects his association with “conspiratorial organizing and putschist action, with authoritarian elitism and impatient adventurism” (p. 1). For Le Goff, Blanqui was above all a “political militant of social equality” (p. 3), whose unique conceptualization of the role of collective empowerment in the achievement of equality has lessons to offer us today. Providing a meticulous analysis of the themes of Blanqui’s written output, the book offers a tantalising vision of an alternative egalitarian vision of political change, one that existed alongside Marxism in nineteenth-century France.

Le Goff paints a strikingly revisionist picture of Blanqui as a dynamic thinker who made conscious adjustments to his dogma in response to the defeated revolutionary moments (1832, 1848, 1871) of nineteenth-century France, and to the counter-revolutionary repression that always ensued. Blanqui was not primarily a cut-throat extremist dedicated to clandestine plotting, we are told. Instead, via a measured consideration of the socio-political situation of his time, Le Goff shows this to have been only a single aspect of his vision, and one which applied specifically to the context of counter-revolutionary France.

Turning to the substance of Blanqui’s thought, Le Goff argues that his aims were fundamentally based on a belief that the education and enlightenment of the individual were vital to achieving socio-political liberty. Le Goff contrasts this with the materialist trend in mid-nineteenth-century political thought, illuminating both Blanqui’s originality and his idealism – specifically, his belief in the central role of human consciousness in constructing reality, rather than vice versa. For Blanqui, it was “collective volition” based on the strength of conviction that was key to successful political action, and, ultimately, to the establishment of a free, egalitarian, communist society.

Le Goff also examines Blanqui’s conception of politics as the site of human conflict, and his resultant understandings of different political actors. He critically reassesses Blanqui’s well-known theory of revolutionary vanguards (elite revolutionary leadership tasked with leading the people to direct self-rule), which has long contributed to the image of Blanqui as an authoritarian. Offering a more nuanced perspective, Le Goff argues that there is (at least some) space within this vanguard for the enlightened elements of the masses to involve themselves in the control of the revolution from the outset. Another section intriguingly contrasts Blanqui’s supposedly “pre-Marxist” definition of the proletariat with the post-Marxist theories of Ernesto Laclau and Jacques Rancière. Far from being a forerunner to Marx, Le Goff shows Blanqui to be a figure who had less to say about economic conflicts than political ones, and whose focus was on the role of “intelligence and consciousness” in history as opposed to material conditions.

Indeed, Le Goff’s most compelling argument concerns Blanqui’s understanding of history and temporality more broadly. It notably highlights a key motif which often remains vague in the works of other revolutionary intellectuals: the issue of the transition to post-revolutionary society, which Blanqui explicitly outlines. For Blanqui, Le Goff tells us, society does not change immediately the day after the revolution has been achieved: “men and things remain the same as before,” Blanqui writes, “it is just that hope and fear have changed sides” (quoted on p. 133). Le Goff presents Blanqui’s post-revolutionary vision as one in which an “immense horizon opens up” (p. 133) before the people, bringing to mind Reinhart Koselleck’s notion of the “horizons of expectation” in the modern period; in Le Goff’s interpretation of Blanqui, however, the horizon is surmounted, and a new one appears on the other side of revolution – one in which democracy and egalitarianism are expected to prevail. There is a tension here in Blanqui’s definitive separation of the political revolution (which occurs immediately) and the social revolution (which requires the period of transition): in a clear contradiction of his egalitarian vision, Blanqui envisaged that during the period of transition, the revolutionary power would retain control until full democracy could be achieved. Le Goff notes the later echoes of this in Lenin, observing that Blanqui’s transitionary framework “prefigures the practice – and failures – of twentieth-century communism” (p. 144).

What then of Blanqui’s contemporary relevance? Le Goff states his intention to reveal this numerous times, stressing the usefulness of Blanqui’s “theoretical contribution and his practical example” as well as his “enduring contribution to radical thought” (p. 14). For Le Goff, this contribution centres around “the struggle for popular power” and “the capacity of conscious and organised political action to bring about radical social change” (p. 14). Throughout the work in question, he links Blanquist thought to modern political figures – Lenin, Mao, Che Guevara, Fidel Castro – and to twentieth-century political trends more broadly. Yet his initial declaration to take us up to the present day arguably requires more to be said about the current state of global affairs. In what ways, for example, does Le Goff see the “insurgent force of the people” (p. 14) playing a role in twenty-first century society, and what lessons can be learned from his measured and insightful excavation of Blanqui’s worldview? Only in the last five pages of the book does Le Goff draw out some of the ideas raised by such questions, which feasibly could have been given their own chapter. While noting that our times and those of Blanqui are clearly different in many ways, he briefly highlights similar “social forces and interests” (p. 144) at work in both: “financial oligarchy”, “corrupted democracy”, the exploitation of labour, the widening poverty gap. He then suggests three ways in which Blanqui can inform political discussion today: temporality (a focus on individual volition rather than historical cycles, progress, or destiny), agency (a commitment to collective action to achieve change) and strategy (thinking about how to “channel” the power of the people). Specific examples of what this might mean, however, are lacking.

Nonetheless, despite the limitations of his work as a contemporary political intervention, Le Goff succeeds in his historical objective of establishing Blanqui’s importance both as an intellectual in his own right, and as a legitimate contemporary alternative to Marx. Despite Blanqui’s physical absence (due to his regular incarceration) from some of the major revolutionary moments of his time, he was a theorist who exerted a significant impact upon radical political thought throughout much of the nineteenth century. Auguste Blanqui and the Politics of Popular Empowerment is thus a welcome (re)introduction to a misunderstood and wrongly marginalised figure, who has for too long been obscured behind the great colossus of Marxism.

Atlanta Rae Neudorf is a PhD candidate in the History of Political Thought at Queen Mary University of London. Her work explores the revolutionary political thought of French republican exiles in London after the 1848 revolutions with a particular focus on the writings, activism, and transnational networks of Félix Pyat (1810-1889).