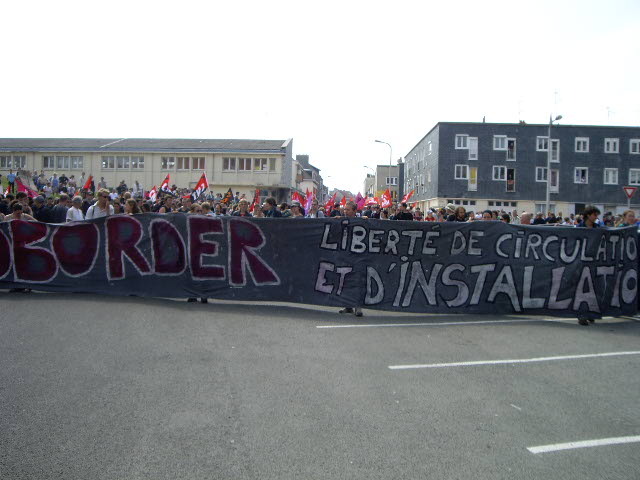 Is there a more contentious issue anywhere in Europe than immigration? Macron yesterday said his piece, in the symbolic gateway city of Calais. He had harsh words for the “associations” and “intellectuals” who in his view see only one side of the problem. To sentiment he prefers “action,” and action requires “firm” adherence to well-articulated and commonly understood and accepted principles.

Meanwhile, a group of “intellectuals,” or rather political intellectuals and trade-unionists, including CFDT leader Laurent Berger, former Macron advisor Jean Pisani-Ferry, and the two principals of the Macron-friendly Terra Nova foundation attacked his immigration policy for lack of “humanism” and “balance.”

To listen to Macron’s remark, it would be hard to deny that he is trying to strike a balance, but the weights that he places on the scale are not the same as the weights his opponents would like him to use. He has to take into account–what politician does not?–the severe backlash against immigration that has developed even in countries with a fundamentally more tolerant citizenry than France. In Germany, for all Merkel’s troubles with the open-door policy, support for immigrants already in the country (as opposed to those who might be admitted in the future) remains above 60%; that is not the case in France, where public opinion is broadly hostile.

There is also a strong presence of FN elements in the police. Knowing this, Macron was careful to indicate awareness of the difficult job with which they are confronted (and he may also have in mind today’s forthcoming decision on Notre-Dame-des-Landes, which will be another challenge for les forces de l’ordre). And he had harsh words for the associations that are helping to feed immigrants on the coast, as if to say, Vous n’avez pas le monopole du coeur.

But if he intimated that he, too, has a heart, it was primarily la raison (d’État) on which he insisted yesterday. Pascal said, Le coeur a ses raisons, que la raison ne connaît pas, but Macron says, “La raison (d’État) a son coeur, dont le coeur (des autres) ne tiennent pas suffisamment compte.” The immigration issue.

The president’s room for maneuver is limited. He must fortify himself against Wauquiez’s Republicans and the Front National, who lie in wait for him on this issue. But he cannot afford to alienate the center-left support that put him in office, and for the center-left this is an issue where the heart tends to outweigh reason, not to say silence it. Striking the proper balance will likely prove to be the ultimate test of Macron’s political skills.